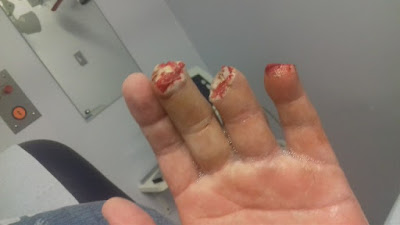 Plastic model severed fingers are a crime against society and art

Real warm human severed fingers on police-station floor after disgusting assault by gang of thug-cops - no problem at all -
Posted by Save the Holy Headland at 15:05