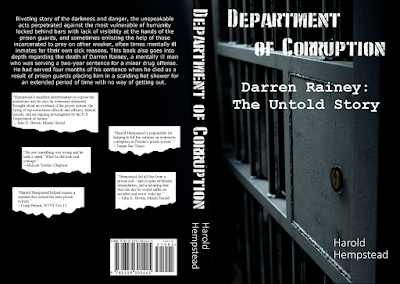 I publish statements from Harold Hempstead on his own blog which you can find here:
https://haroldhempsteadcagedcrusader.wordpress.com/


Contact Jeremy Schanche:  save the holy head land at yahoo.com