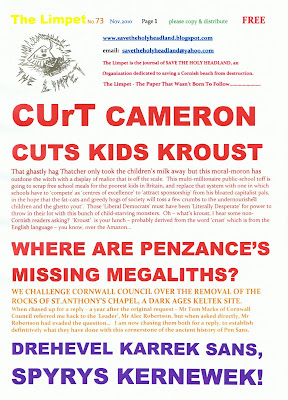 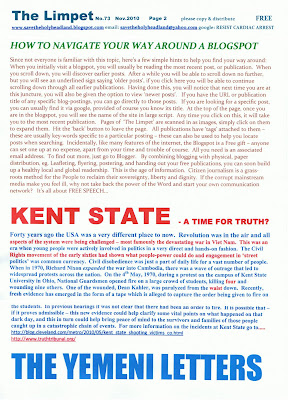 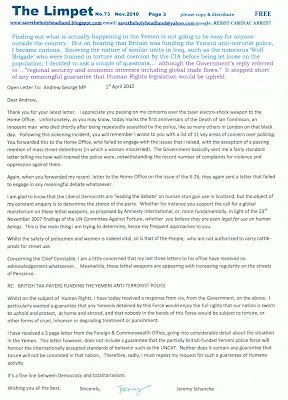 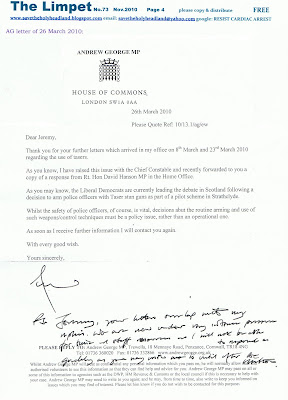 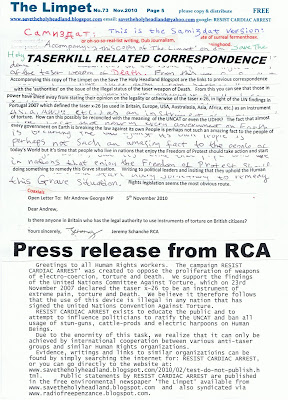 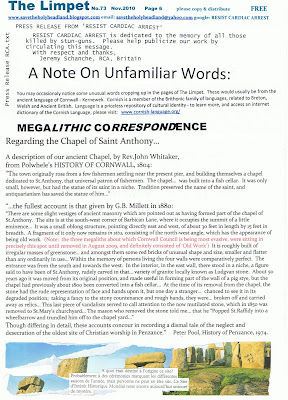 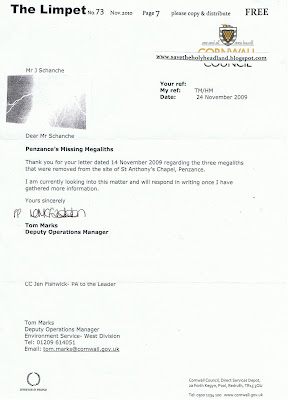 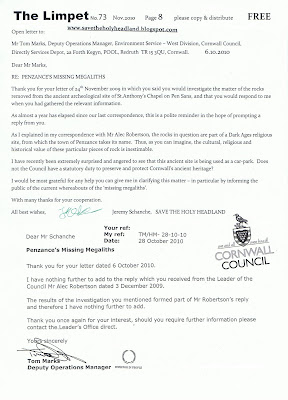 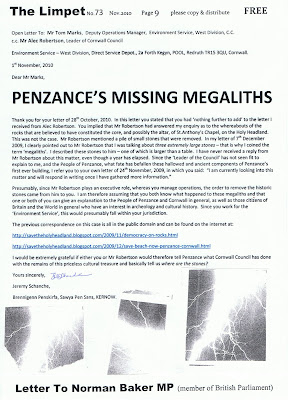 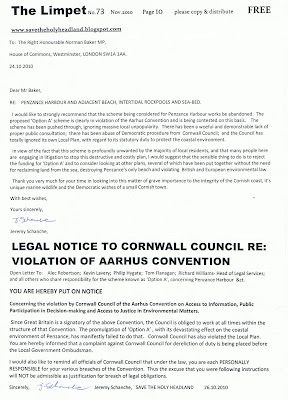 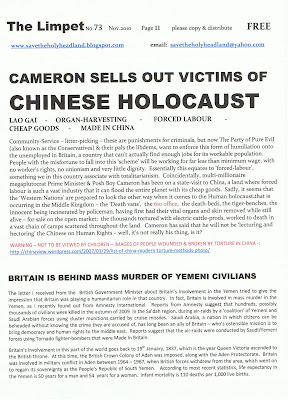 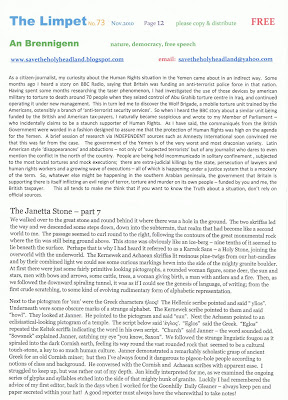 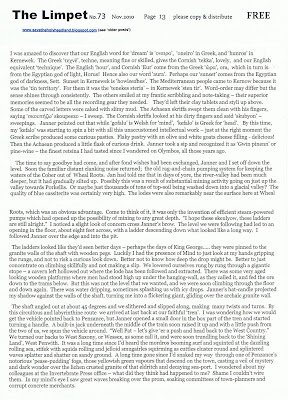 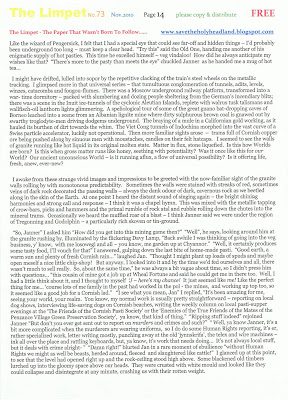 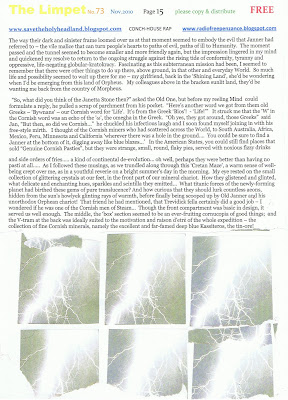 Print out these flyers, cut them out and pass them around - LET THEM KNOW 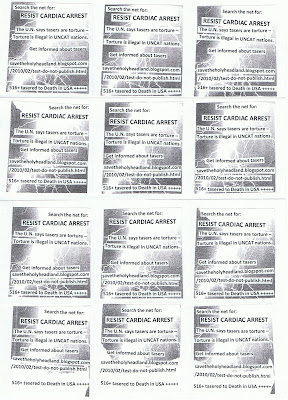 Vox Lapidis (The Voice Of The Stone)
Some wonder what I am, or say
I'm but a block of stone;
'Tis true, I am, ah well a day!
Unheeded & unknown;
From Ludgvan's rock hewn long ago
When saints were Cornwall's glory,
But can you in this borough show
A stone with such a story? G.B.Millett

Please follow the link to read The History of St.Anthony's Chapel, Penzance: