We should remember that Konsel Kernow (Cornwall Council) exists in spite of  the wishes of the people of Kernow (Cornwall).  When asked in a referendum whether to keep the old system of local councils, or to merge them into a ‘unitary-authority’, the people overwhelmingly rejected the idea of a single council for Kernow.  Not happy with the result of this vote, our ‘public servants’  simply went ahead and created Cornwall Council – a permanent monument to their contempt for Democracy.

With such an ethos as their foundation, Konsel Kernow are now proposing to sell off Penzance Library, and the St.Claire council offices, and run both operations from St.John’s Hall – the de facto town hall of Penzance.  This kind of asset-stripping, whilst slashing public services, is a bit like the old Russian tale of the peasant who cuts the bottom off his kaftan so that he can mend his sleeve with it.  At least it was his kaftan! 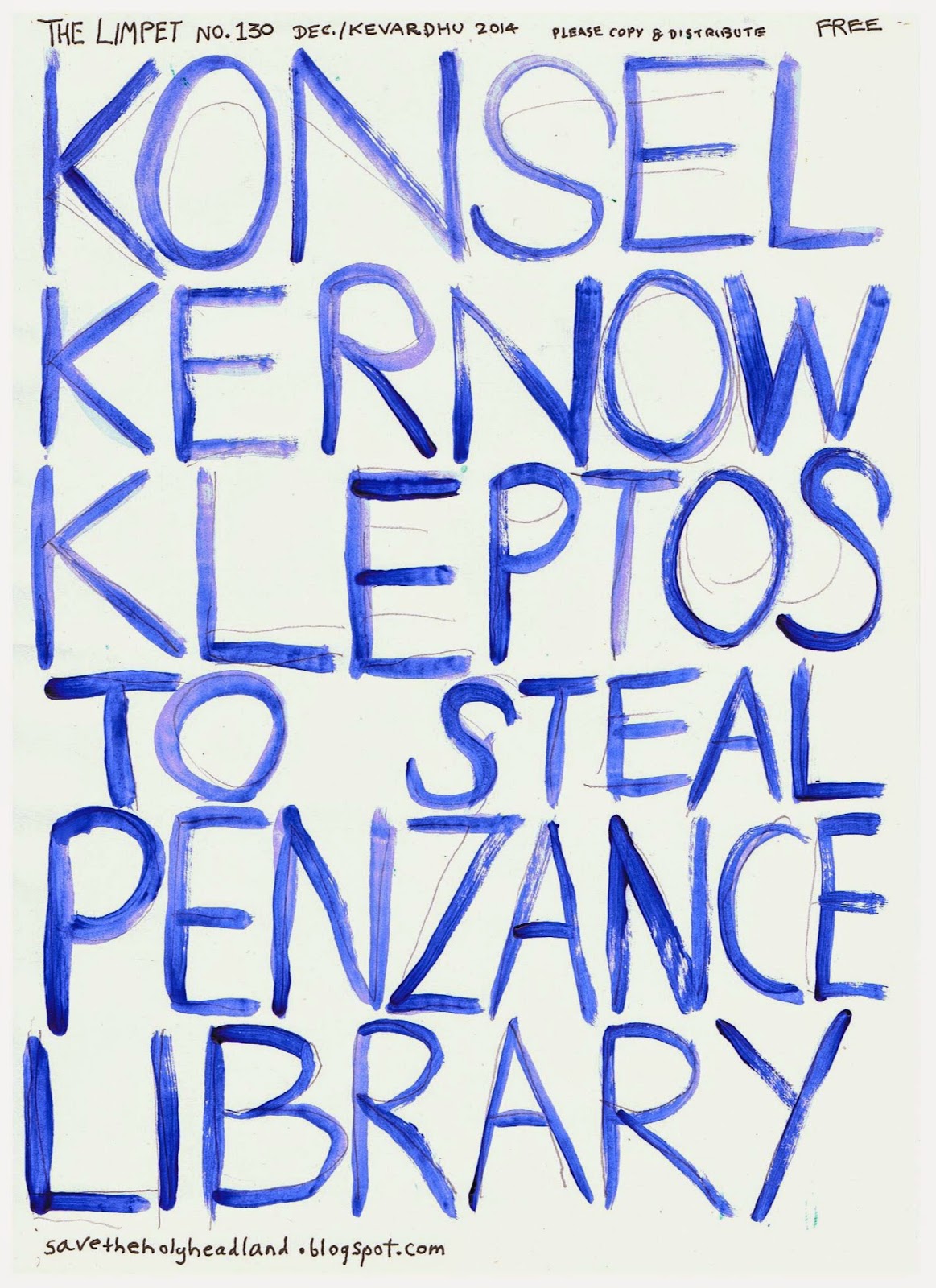 Libraries  belong to the people.  Moving our library from a well-lit building, into an artificially-lit basement is NOT a good idea.   If you are not happy about C.C.'s plans, please contact your council and take action to protect the library.
Posted by Save the Holy Headland at 15:16 No comments: