MUD ON THE LOTUS 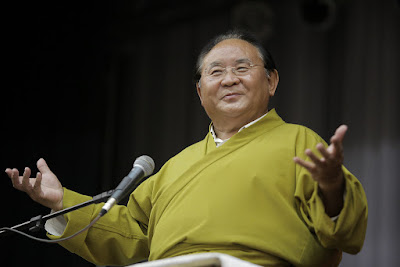 Calling Rigpa Sangha!
Well brothers and sisters I expect many of you are feeling it way way harder than me and are going through some most unwelcome changes – I have not seen any of you for over twenty years so don-t know who-s still alive or “on the scene” or anything but I had some very close and deep friendships with some of yous and I wanted to express my solidarity with you all and also to invite anyone who remembers me (or not) to contact me should they wish to discuss any of these bizarre and terrible happenings or simply just renew the old friendship –
In all my life I will never forget the amazing and profound loving-kindness I was shown by many of my fellow “practitioners” or “Buddhists” as the rest of the world calls us!  Mike from South London who used to drive me home to Shepherd-s Bush from Camden – you always embodied the soul of gentle kind wisdom and I-d love to hear from you man – so many other brothers and sisters – please get in touch – I miss you and love you all –
We must obviously not be too discouraged by all this shit but must learn from it – I guess we are all a little wiser – in a worldly kind of way – but wiser – It-s always better to know than not to know!


From the Australian press

WHAT THE FUCK!  "You will die spitting up blood like Ian Maxwell" Sogyal-s quote about a good and kind man who I personally knew and respected deeply   Having read the letter from his close students and what Sogyal said about Ian Maxwell it-s hard not to despise and hate the guy - I-m a little shocked that the students believe Sogyal can be rehabilitated as a valid teacher rather than brought before a court of law for his many many many fucking horrible crimes - and I won-t let a corrupt fool like him destroy Buddhism for me - I think it is bigger than Mr Lakar -
Posted by Save the Holy Headland at 15:34 No comments:

The pictures of James Clark-s severely mutilated hand are hard to look at - So is the footage of him being muscled into a British Police station by several burly constables - without due process of being booked in - and severely assaulted in a cell in Llanelli - Wales on 20th June 2016 after he was arrested following a complaint from a neighbour over noise during a domestic dispute -
The videos do not show him being threatened with a stun-gun - in contravention of the United Nations Convention Against Torture - and neither do they show him being gassed with chemical irritant - both these weapons were turned on Mr Clark during his physical subjugation and legal arrest by the squad -
(18th December 2017:  CORRECTION:  It has emerged that Mr Clark was NOT sprayed with irritant - this lie was spread by The Sun  - Britain-s foulest newspaper - I apologize for any confusion caused by this)
They do show what happened after the man had been stripped naked and seriously worked-over by several large law-upholders - When they finally dismount him and leave him alone he goes to the door and it is slammed on his fingers - again - the film is very hard to watch - be warned -
There are certain inescapable similarities with so many other cases - Jordan Begley of Manchester - Andrew Pimlott of Plymouth - Marc Cole of Falmouth amongst others - police are called to what is often a potentially-controllable emotional-crisis and it ends in death or serious injury due to excessive and quite unnecessary use of force - In so many of these cases there seems little or no attempt to de-escalate a volatile situation but rather a gang of heavies wades in and starts throwing their weight around - (as with Sean Rigg for example)
Happily this is not always the case and my respect goes out to all police men and women who act with discretion and humanity when upholding the law - I have no problem with proper police-activity but will vigorously expose and oppose corruption and violence whenever I encounter it - This is one of the rights my family fought wars for and I am happy to enjoy my freedom as much as possible - Sadly my actual right of democratic representation has been violated and abandoned by my lying rogue-MP Derek Thomas but I am at least free to write - publish and speak my mind in public -
I only heard about what happened to James Clark today and will be publishing more about his case in the near future - The kind of police-behaviour described here is precisely what gives police a bad image in the public eye and undermines all the efforts of every good cop in the nation - Llanelli Police might inspire fear or perhaps contempt amongst the public they are paid to serve - but have they settled for the public-s fear at the cost of the respect that police can achieve when they act properly? 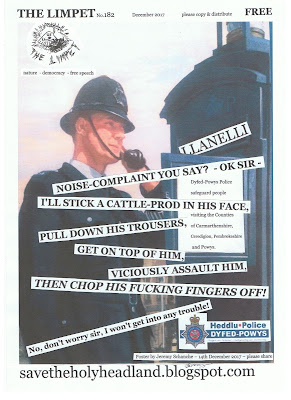 Notes:
James Clark had to battle the "authorities" to get hold of the film-evidence from the police-cells that they wanted to suppress from public attention -

If James Clark assaulted a cop in front of several other cops as they claimed - why did the court believe otherwise and find otherwise - why were the police-s statements "inconsistent?"

WHY DID THE COPS STRIP HIM NAKED?
WHY DID A GANG OF THEM ABUSE AND BATTER HIM?
WHY DID THEY LEAVE HIM SCREAMING IN AGONY ISOLATED IN A CELL WITH THREE FINGERS MISSING WHEN THEIR DUTY WAS TO PROTECT HIS WELL-BEING?
WHY HAVE THESE THUGS BEEN ALLOWED TO GET AWAY WITH THIS AND CARRY ON AS PUBLIC SERVANTS?
WHAT KIND OF MONSTROSITY IS THIS?

BBC News report on the attack on James Clark

Please share this blog and print and display the poster - it-s for justice!
Posted by Save the Holy Headland at 17:44 1 comment:

Look at the sky - What do you see - Aeroplane-Trails that leave dark shadows against the clouds - A profusion of trails criss-crossing each other sometimes like a net - plane-trails that dissolve into long linear clouds that dissolve into drizzle - Taint natural!  Just look up - it-s good for your neck anyway -

To celebrate this new blitz - this airborne attack on British freedom and basic fresh air and nature I have created this lovely Chemtrails Souvenir Poster for your wall - or even better - for your street - so you can inform your local community about this new threat to nature and health and get labeled as a nutter for doing them the service - enjoy! 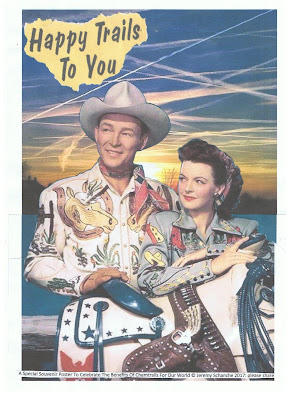 This movie shows the relationship between humidity and temperature which is significant in these phenomena - worth watching and you can always turn the sound down and listen to Quicksilver Messenger Service while you watch it!

Here-s to the day we all breathe free!
Posted by Save the Holy Headland at 19:09 No comments:

THE RAPE OF HEAVEN - Chemtrails Over Kernow

Look Up With An Open Mind - Observe The Sky - What Do You See?  I-m particularly addressing this to the people of Cornwall though I hear the problem affects large parts of the globe - I-m talking about chemtrails - a subject I indulged a sceptical resistance to until midsummer-s day when I observed the sun rise from an ancient Roundago only to see the sky chopped into a grotesque net of trails just as I had heard described - - - It-s easy to apply an aloof and superior distance to other people-s tales of aerial shenanigans but you can-t deny the evidence of your own eyes and what I saw that day convinced me beyond any remaining doubt that the sky was indeed being regularly laced with these strange trails that gradually melted into a hazy cloud-cover that frequently dissolved into drizzle - this certainly appeared to be man-made interference in the weather in a very detrimental way - regardless of the constituents of the trails which - you can be sure - is a whole other can of worms - - -

A brief internet search will show you the Brit Gov-s official position is that there is no chemtrails programme occurring over Britain - nor has there been since 2003 - the period covered in the information request - Tellingly the document quotes Porton Down - Britain-s Top Secret Chemical and Biological Weapons Development HQ as saying that they don-t comment on "on-going research" - a rather significant phrase in my opinion!
Britgov says there are no chemtrails yet all over Britain - and many other nations - there are little groups springing up to protest this phenomenon - are these people all mad?  Or are they simply the cutting-edge who have cottoned on to what-s happening before the mass of people?  It is precisely because groups like this often get labeled as "Conspiracy Theorists" that I wish to take a very sober and detached view of this business -
I ask you to approach the topic with an open mind -  I ask you to observe the skies as much as possible and take note of what you see - Discuss your findings with sensible people who you trust - If you eventually come round to the view that our skies are being tinkered with then please consider how best to react to this aerial event - Please don-t listen to rumors on this topic or unsubstantiated tales as they undermine the accumulation of hard-evidence and sober debate that is conducive to public clarity on the issue which might lead to focused action -  It is possible that the stakes are very high - with public and environmental health being top of the list - such is my personal opinion - 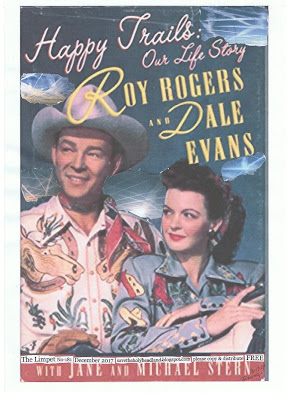 
Carn Brae - Cornwall-s slate roofs - sometimes gilded with a kind of lichen and our distinctive "Jynnjiow" or mine engine-houses with their old smoke-stacks can be seen pointing their accusing fingers at the repellent trails across the heavens in this excellent movie which also features a lightning-storm that broke out in the area where the trails were concentrated!


Time-lapse of unnatural clouds flying over Cornwall -
When looking for films of Cornish Chemtrails I was absolutely spoiled for choice!


Here-s some lovely footage from my good friend Mungo showing our local area - Penzance and Lesingey Iron-Age Roundago - in its pristine glory - and then with added aerosol enhancement courtesy of the shadowy forces of Babylon - Enjoy!

Posted by Save the Holy Headland at 21:21 No comments: