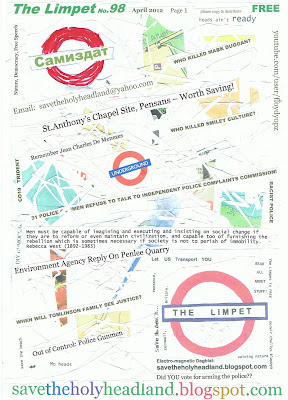 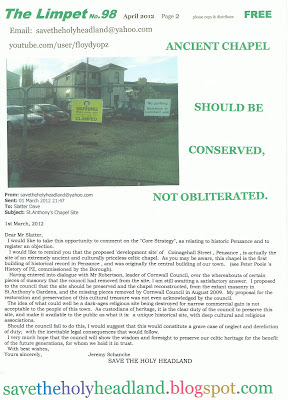 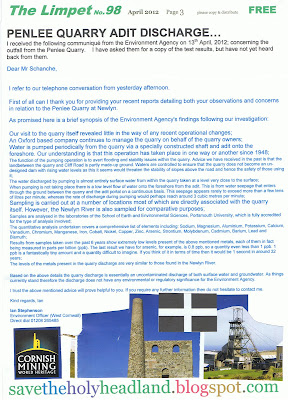 If you enjoy reading “The Limpet”, why not print out some of the flyers & distribute them…… thanks! 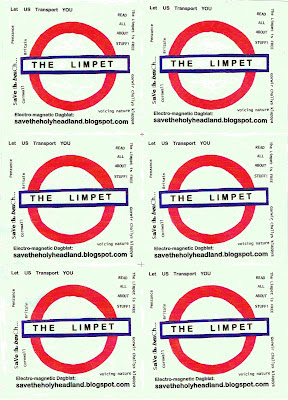 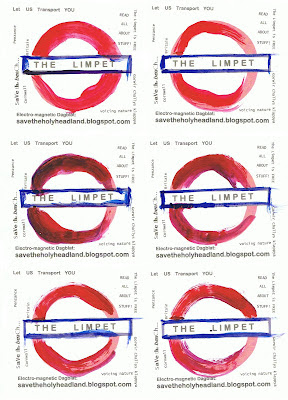 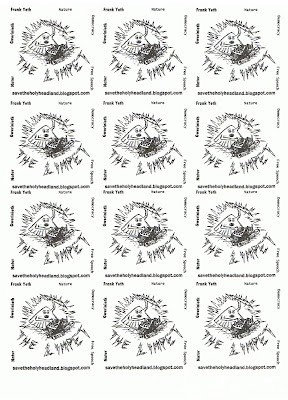 Walking along the coast recently I noticed an odd sight. I've observed the Penlee Quarry Adit many times, in different weather conditions and never seen more than a small trickle of water running out of it. But this time I was amazed to observe an extremely vigorous stream of water emerging - I would estimate approximately 15 times the normal flow, and this after a long dry spell. I also saw an encrustation on the rocks beside the adit-stream, which indicated that in recent days the outflow was several feet deep, as opposed to the usual couple of inches.

On 4th April I returned to the adit and observed that the outflow of water had not noticeably diminished. I noticed a rockpool adjacent to the stream, approximately 7 by 5 feet across, which normally would be above the level of the stream. The enlarged stream had flooded this pool and the seaweed in it was all dead and bleached white. Neighbouring pools at a higher level were not affected. Along the stream itself there was a line below which all the seaweed was bleached white and dead, but above the line it appeared normal. Having observed these further apparent signs of the effects of pollution, I was seriously concerned about what this seemingly contaminated water is doing to the wildlife of Mounts Bay.

I sent a statement to several wildlife organizations, and also contacted the Environment Agency. I discussed the matter with some ex-miners and scientists and they helped clarify the situation. Eventually I heard back from the Environment Agency that they had been monitoring the water and considered it safe. I have asked them for more details of the report and await their response. When challenged over this matter, the quarry ‘development’ company invited me to check out the quarry for myself and I hope to do so soon.

Just south of adit stream: as shown in 3rd film: a trickle of water escaping from the earthen cliff and running over the rocks, staining white. All pools directly connected to this trickle are totally abiotic and sterile. Since logically this water is leaching from the quarry, this further suggests that the content of the quarry water is toxic, at least to seaweed and whatever fauna might normally be found there.

Correlation between arsenic and copper ores:

Evidence of Arsenopyrite at Penlee Quarry:

“…The planting which has since taken place on the (quarry) verge has been slow to develop and because of this it has been agreed that the Councils landscape architect will visit the site in the spring and access the suitability of the planting at that time...."
Posted by Save the Holy Headland at 15:34 No comments: 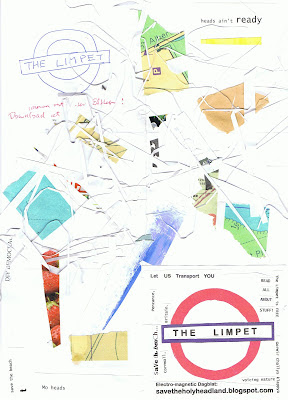 Posted by Save the Holy Headland at 05:56 No comments: