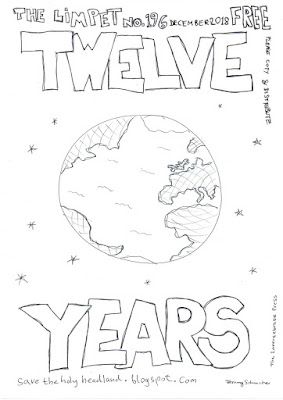 Posted by Save the Holy Headland at 14:35 No comments:

In view of the critical situation the Earth now faces due to man-made climate breakdown and the associated extinction event unfolding daily around us I recently contacted my MP in an open letter to the local paper - The Cornishman - asking for his response to the crisis -
Here-s the original letter:

----------------------
A couple of weeks later I received a reply from Derek Thomas which follows below in full:
----------------------
Dear Jeremy
Thank you for this email. You are absolutely right to raise this. The IPCC report must sharpen our minds to this issue. There is no doubt in my mind that one of our first duties is to care for the natural environment and behave in a way that does not compound the current challenges.
Your email is timely, not least because in November I met with the Chair of the Campaign for Rural Cornwall to engage his organisation’s advice and expertise regarding how we can sensitively respond to the needs of our community such as providing housing, infrastructure and improvements to mobile and broadband connectivity. I also met with the RSPB in October to see some of the work they have been doing to protect and encourage natural habitats in West Cornwall. This was prior to a Parliamentary debate and second reading of the Agriculture Bill. I argued that we must support the few small farms that remain to support sustainable food production and environmentaly-friendly farming.
On Friday I met with a local environmental campaigner as we are working together to develop ideas with my Cornish colleagues towards a self-sufficient Cornwall as far as energy is concerned. This is something I’ve been keen to do for several years. I am also the Parliamentary representative in Cornwall for the wave and tidal renewable energy sector and we hope to meet with the Minister in the new year.
My view is that we must address our ‘leaky’ homes and reduce the use of carbon fuels in transport as an urgent priority in the UK. This is something I’ve persisted with here in Westminster. However, this is not enough to effect change around the world. I see the 17 Sustainable Development Goals as the most useful agreed priorities for the developed world both to address inequality around the world and address the problem of harmful emissions, unnecessary waste and harmful industrial practices. I’m sure you are aware of the SDGs but if not they are worth investigating. To support these goals I communicate the priorities with our schools and find opportunities for the Government to be held to account for their progress in meeting the goals they have signed up to on behalf of the UK.
I appreciated your constructive email Jeremy and apologise for the delay in responding.
Regards
Derek Thomas MP
For West Cornwall and the Isles of Scilly (St Ives)
------------------------------------------------------------------ 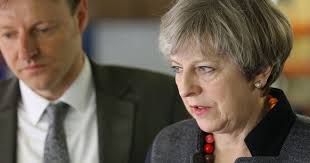 Derek Thomas with Teresa May - Prime Minister of Britain

On 19th December 2018 my letter was printed in The Cornishman newspaper -  I hope this goes some way towards raising people-s awareness of the extreme urgency with which we need to transform our entire way of life if we are to have a healthy planet to pass on to our children -
Posted by Save the Holy Headland at 05:56 No comments: