The Temporary Realm Of The Caterpillar

Since the beings that control the internet have locked me out of Ye Caterpillar Blogspot and since The Caterpillar must go on at all costs I-ll be publishing it here until I can kick my way back into my rightful realm -
The Caterpillar - A Visionary Ghetto Tabloid - is always followed by its echo - its doppelganger - its other side - The Caterpillar Dub - This too must pullulate and reverberate here in this monovalve-zone until such time as I summon the powers needed to overthrow the Gremlins of Blogger and seize the keys to my kingdom once more -
Meantime I will be broadcasting from this station at fifty thousand megahertz and ten thousand watts - if you experience any difficulty receiving the channel please consider sticking a bent wire coat-hanger into one of your USB ports - this should improve reception and allow transmission to flow freely - Viewers listening in mono need not fit a stereo cartridge to their equipment - Please return this blog to its dustproof jacket after use and keep out of direct sunlight - Normal service will be resumed as soon as possible - Thank you for your saintly patience and now here is The Caterpillar!
--------------------------------------------------------------------------
Da Mo Shao Lin Song 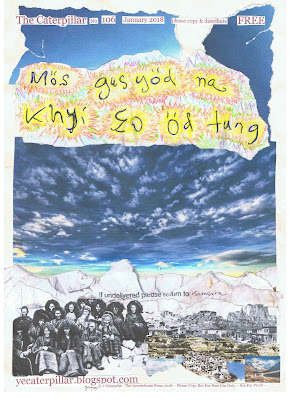 What is known in the trade as Authentic Tibetan Om Music

The tale of a Nunnery
https://www.youtube.com/watch?v=SRlj2Or0IGM

John Lennon - Woman is the nigger of the world

A classic treatise on Tibetan ethics -
also available in other languages -
http://www.lexilogos.com/declaration/tibetain.htm

Note:  The Garudas have no wiki-page!  I-m not saying I-m on their side or anything but everyone has their own wiki-page these days - asuras - pretas - even country-bumpkin tory em pees have one!  I say any bird that can lay an egg in mid-air that hatches and flies before hitting the ground deserves a wiki-page of its own - and not a mere stub either!

Vanilla Fudge - Where is my Mind 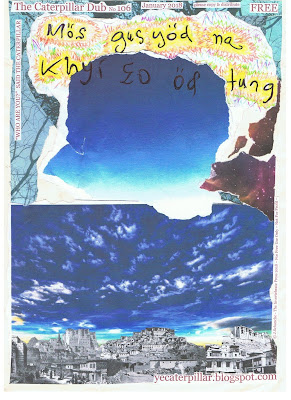 Velvet Underground - Beginning To See The Light
Small Faces - My Mind-s Eye
“Who  are  you?”  said  The  Caterpillar. This was not an encouraging opening for a conversation. Alice replied, rather shyly, 'I — I hardly know, sir, just at present — at least I know who I WAS when I got up this morning, but I think I must have been changed several times since then.' 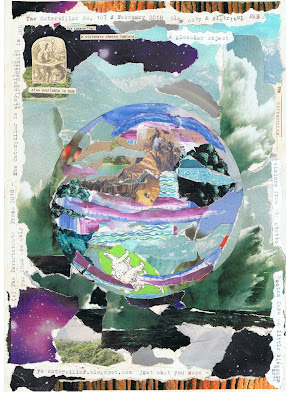 What do we know of the globe that carries us ~  Of the countless cities – farms and cultures of humankind – scattered all around this globe – even Antarctica now the proud primate swarms the planet -  a monkey in a top-hat riding a steam-train and puffing a cigar – look out World!  Here comes Homo sapiens sapiens and we mean business – Homonids – the Great Ape-Men – the proudest and tallest of these erect homos seeming superior in culture – charisma and general pizzaz – Nine Queens gathering at the circle under the midnight moon – Nine Muses –  Nine Maidens – Nine Moons – Boscawen Un – Cregynbysk bloom – sunken doubloons – ululations of the owls of the silver-tongued night – shatter the reverie – scatter the memories – rattling temerity of cyclonic barbarity – the howling tornados of time-s twisting symphony – the cauldron is kicked and the potion spills over – Wake the stones – trace the pattern of prehistory – the Sun-Trails of the Druids and the stone-studded paths of the moon – The granite fingers pointing at eternity – pointing at the sky – space -

Ok I'm liking this Jeremy...from one artist to another...carry on illuminated...