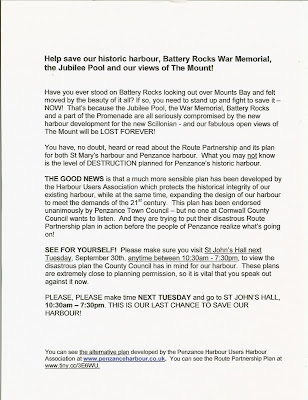 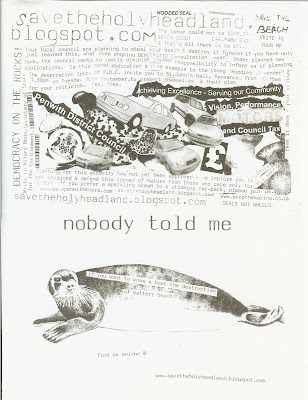 Posted by Save the Holy Headland at 05:06 No comments:

ORIGINS
We were first alerted to the news of the planned beach destruction by a letter in the 'Cornishman' newspaper of 4th September 2008 by Mr C Cartwright. We put up our first posters on the 7th, informing and indeed warning the public, since official consultation had clearly failed to do so. Two days later, when planning our campaign down by the Rocks, a large grey seal popping his head out of the waters three times - right in the very centre of the proposed car park - was a great inspiration and motivation to us and a delight to the visiting tourists from Japan and the USA. We knew then we had the approval of the seal...

DEMONSTRATION ...and four days later we were marching through Penzance, stopping for a photo outside the Isles of Scilly Steamship Company Booking Office ( the sole fiscal beneficiary of the scheme), then onto the proposed demolition site. The process of publicising this initial, spontaneous demonstration, through leafleting and chatting to locals, only confirmed our suspicions that the Penzance townspeople were not aware of these plans, although they concern the biggest development in the town for 120 years.
Down by Battery Rocks, convening at the ancient granite wall also scheduled for destruction should the scheme go ahead, children painted badges of dolphins and seals, and musicians played in the blazing sunshine. The painted badge dolphins became wondrously present in the form of two pods crossing Mount's Bay, sometimes leaping fully out of the water, and, like the seal of the previous week, seemed a good omen, a blessing on us from the Bay! By a happy coincidence, as the march arrived at the wall where the word DEMOCRACY was displayed, the Peace Campaigner Peter La Mer was just sailing into view in his yacht, returning from the river Medway in Kent where he was part of the campaign to prevent another coal fired power station from being built. His phone-message of support from the boat was a moment of great inspiration.

No reporter was present at the 'Save the Beach' demo - which was wrongly defined as a 'Music Protest', thus the Cornishman diverted attention away from the point. Their article was actually a revised & misquoted mix of text from one of our own flyers. The photograph was taken after the event and does not show the people who were there - again creating a false impression of this gesture in support of our Natural world.

The Cornishman knew about the plan to turn the beach into a carpark since at least early August '08, if not earlier, but chose not to inform the public then, and has not yet shown any concern for the imminent destruction of this lovely cove & its wildlife.

The Penzance Chamber of Commerce (see Breaking an Egg poster) claim there has been 9 years of public consultation - our research on the streets shows otherwise. What a shame the commercial interests of our town don't resolve to work together to PROTECT Nature instead of killing it off.

MYSTERY SWIMMER...
We believe that the regular swimmers at Battery Rocks were totally misrepresented in the Cornishman. The 'Swimmer' spokesman that they quoted surely speaks rubbish. We challenge Donna McAlister to produce this mystery swimmer, for the purposes of source-accuracy and dialogue.

POLICY:
On 16th September '08, I wrote to the Editor of the above journal asking for clarification on various points, I await his reply.

'SAVE THE HOLY HEADLAND'
was formed on 6th September 2008 as an immediate response to the gravely disturbing news that the beach at Battery Rocks, Penzance, is threatened with imminent and total destruction in the name of sustainable development.

We are devoted to peaceful campaigning to protect Nature from destruction at the hands of those who care not for beaches, seals & other Wild things. We aim to show that there is absolutely no possible justification for destroying this irreplaceable piece of Nature.

We are a totally non-profiting group of Volunteers following our conscientious imperative to thwart the rapacious incursion of so-called sustainable development.

Our aim is not only to prevent this Crime against Nature, but to ensure that the entire Holy Headland area is kept in its state of pristine beauty, in perpetuity; as the Natural Birthright of those who are to come after us.

Although our concern is primarily for Nature, we are acutely aware of the profound Historical, Spiritual & Cultural value of Pen Sans & we wish to focus attention on its diverse & priceless attributes. To this end we are initiating a dialogue with all involved parties, in particular the general public. We wish to explore & discuss the Democratic and legal procedures by which events such as these are set in motion.

We are issuing a free broadsheet, 'The Limpet', available on-line and on paper, to give the public in-depth & unbiased information on all matters relating to the Holy Headland beach. If our organisation borrows and plays with words & images, it is solely motivated by the desperate need to prevent a tragic atrocity - after all, there is no copyright to protect this Original Habitat and the Wildlife therein.
This ancient playground of Dolphins & Seals must never become just another soulless and desolate corner of man's blind empire of greed. We trust that a saner generation to come will understand our actions and say with one voice that we trod the right path.

May All Beings be Blessed with Deep Insight into Nature
May They Know Natural Happiness
& May all suffering be Washed Away! 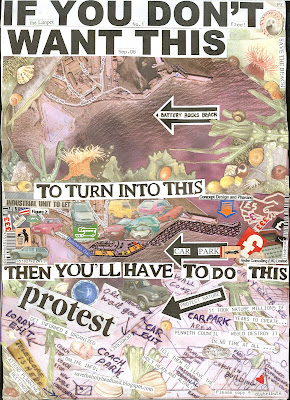 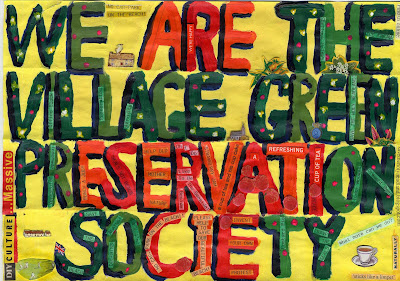 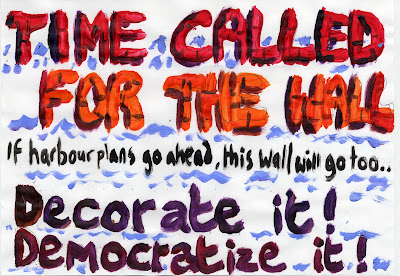 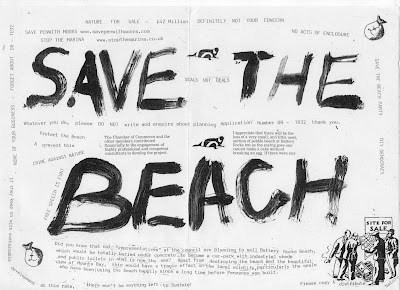 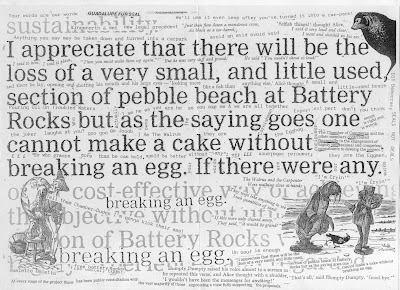 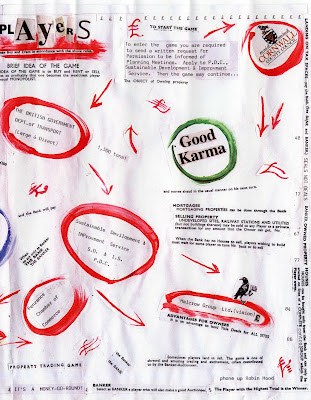 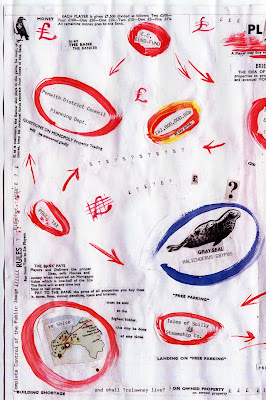 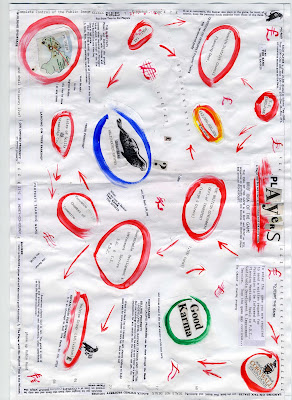 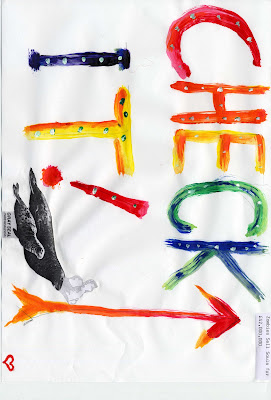